24 Hours in Zurich (traveling on a budget)

We are committed to provide accessible and affordable travel information peppered with our funny stories and experiences.

Zurich, a beautiful city in Switzerland, is perfect for a 24 hour stay.

Even though this picturesque city is known for being the most expensive city in the world, there is still much to see in such a short amount of time, even on a budget.

“You go to a place for a visit and deep in your heart you think that this place can be your own home and Zurich is such a place!” ~Mehmet Murat Ildan

The two things we learned about in Zurich:

We do encourage you to eat, just budget for it! 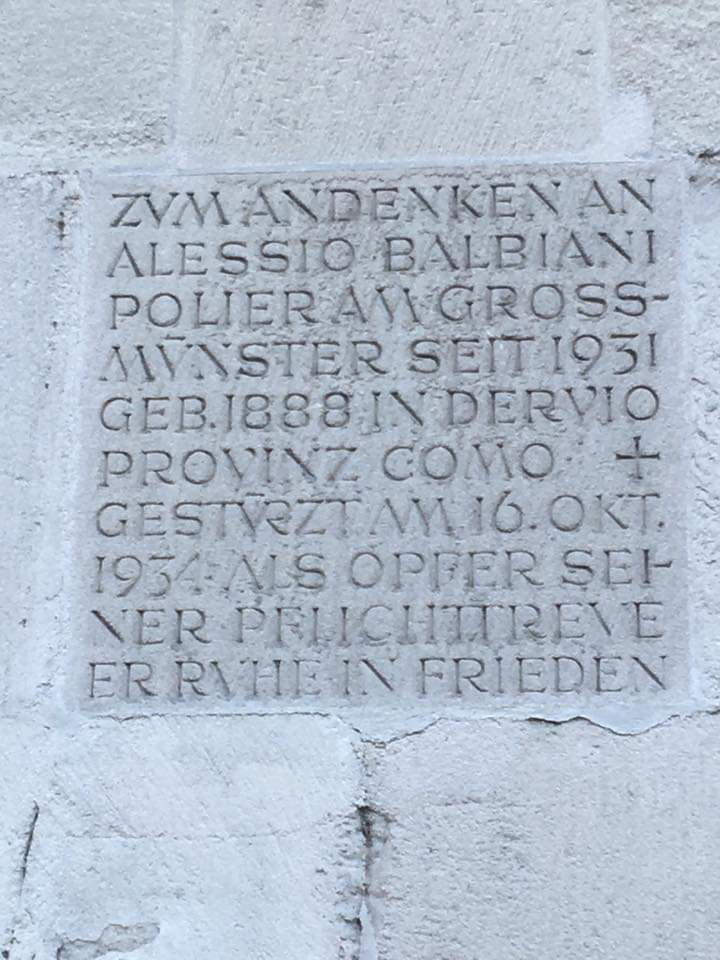 An impressive landmark in Zurich, are the two towers, built around 1487, rising above the buildings surrounding it. Located in the heart of the city, follow the river on the East side, look up for the twin towers, and the view will lead you to this protestant church.

Going to Zurich in the cold winter? This coat is perfect. Stay warm!

Hidden gem: Legend has it that they church was built by Charlemagne on the graves of the patron saints Felix and Regula.

Legend of the The Three Martyrs:

In the 3rd century, Felix and Regula were members of an all-Christian Roman legion that was to be executed en masse in southwest Switzerland. They fled with their servant Exuperantius and got as far as Zürich before being tried and executed in 286 AD.

According to tradition, the governor plunged the three saints into boiling oil and forced them to drink molten lead. The trio still refused to renounce their faith and so were finally beheaded. The nearby Wasserkirche stands on the site of their execution.

Impressively, the martyrs still had enough energy to pick up their heads and climb to the top of a hill, where they dug their own graves and buried themselves. (This impressive feat is more common than you might think - St. Denis in Paris and St. Miniatus in Florence also carried their heads to a hilltop resting place.)

Lessons learned for us:

Head up to the top for some great panoramic views of Zurich. The day we went, the chill in the air added to the effect we were hoping for on this January day. Not a cloud in the sky. Picture perfect.

The hill is the highest point in Zurich. Check out the views: the Limmat River, the Grossmunster, and Old Town.

"During the middle ages, the hilltop leveled fort became the retaining wall and gave the Lindenhof terrace a form similar to its current form. The remains of the Roman camp were used as the center of the later fortification of the historical center of Zürich.

Significant parts of the lime mortar and ancient castle wall were integrated into the town houses around the Lindenhof and in a Kaiserpfalz (broken in 1218), which served as a place of festivities, including the engagement of the German emperor Henry IV with Bertha von Turin on Christmas in 1055. The Roman castle's remains existed until the early medieval age: a Carolingian, later Ottonian Pfalz (1054) was built on its remains.

This Kaiserpfalz was a long building with a chapel on the eastern side of the fortified hill; it is last mentioned in 1172, and it was derelict by 1218, when its remains were scavenged for construction of the city walls and stone masonry on private houses.

In 1937, archaeologists found graves of late medieval children and adults that were oriented from the east to the west. In the year 1384, a chapel on the Lindenhof was mentioned, but no remains have been found." https://www.spottinghistory.com/view/8059/lindenhof-hill/

Look at the ground where you are standing. In the 4th Century, a fort used to be located on the hill.

3. WALK ALONG THE LIMMAT RIVER

"Historically, the Limmat was an important navigation route. In the twelfth and thirteenth centuries, voyages from Zurich to Koblenz are recorded. In 1447, the Emperor Frederick III granted the privilege of free navigation on the Limmat and on the Rhine to Zurich.

Because of the current, navigation was typically downstream only, with the barges being sold on arrival." https://en.wikipedia.org/wiki/Limmat

Hidden gem: Take some time and look at all the "love" locks along the river. Ahhh l'amore!

4. MEANDER THROUGH THE MEDIEVAL STREETS

Shops, restaurants, cuckoo shops galore. It is great to window shop here, especially if you are on a tight budget. We would get a coffee and walk with streets. No rush. Take your time.

"Augustinergasse was the home of the medieval artisans of Zürich. Beginning in the 17th century, rich factory owners settled there, resulting in an open 'competition' for the best facade. Tourist highlights are the numerous carved wooden bay windows of these colourful houses, along with some mostly tourist-oriented shops, coffeehouses and restaurants; thus the tiny lane is probably one of the most colorful streets in Zürich.

Much more modestly decorated is the exterior of the former monastery's church, the Augustinerkirche that as of today is the parish church of the Christ Catholic community of Zürich." https://en.wikipedia.org/wiki/Augustinergasse

Hidden gem: Fill your water bottles up in the fountains located throughout the city. The water comes in from the mountains and tastes delicious.

5. Listen for the bells

St. Peter's Church displays Europe's largest clock dial. The bells and music peel from it can be heard all over the city.

Hidden Gem: The timepiece was placed in the clock tower in 1366.

Fraumunster, one of the four main churches in Zurich, was "founded in 853 A.D. by King Louis the German, this church with its convent was inhabited by the female members of the aristocracy of Europe. The convent enjoyed the patronage of kings and the abbess the right to mint coins in Zurich until well into the 13th century...

Its most stunning treasures are the stained glass windows: those in the north transept are by Augusto Giacometti and the five-part cycle in the chancel and rosette in the southern transept the works of Marc Chagall. Take a look around at the Chagall stained glass windows. Relatively new, these were placed in 1970 and are known for their vibrant colors." https://www.zuerich.com/en/visit/attractions/fraumuenster

Hidden gem: Check out the crypt, opened to the public in 2016, that dates back to the 9th century.

Raclette, one of the most popular Swiss semi-hard cheeses, is used for this delectable dish. This Swiss delicacy is made from melted cheese (many flavors) and poured over breads and served with many options: meats, vegetables, potatoes.

The aroma of the cheese permeating throughout the restaurant is overwhelming; in a positive way! #mouthwaters

Hidden gem: Even though the Raclette has been around for over 400 years, it was introduced to the public in the early 20th Century.

Zurich can be enjoyed while budgeting your money and time. It's a beautiful, friendly, and efficient city with the train station and airport perfectly located.

We did experience more in the 24 hours there but kept it to our favorite 7. Enjoy the coffee and the chocolates in Zurich. They are the best (especially when had together). You may want to buy some of the "confections" to take home as souvenirs but I bet they will be eaten way before you get home. #leavenoevidence

*This site contains affiliate links to products. We may receive a commission for purchases made through these links.

What were your favorite parts of Zurich?

Rugged Scotland: The Isle of Mull